By Malgorzata on 21 listopada 2021
0
SHARES
ShareTweet 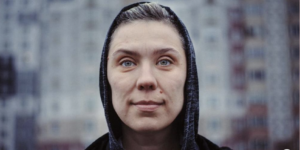 The reputed Belarusian activist Volha Harbunova has been hungerstriking since her being detained on November 9, Reform.by reports citing Volha’s friends.

The friends learned from her lawyer that since the very first day in the notorious Akrestsin detention centre Volha had not eaten anything, she was only drinking water. The woman says she is quite well and thanks everyone for their support.(…)

Volha Harbunova is suspected of staging women’s marches in the year of 2020; she was taken into custody on November 9. The woman is accused of ‘organising and preparing actions that grossly violate public order’. According to the Interior Ministry, it was Harbunova who led the so-called women’s marches in the Belarusian capital city last year; she ‘stepped onto the roadway and blocked the traffic’. Under Belarusian law, the authorities are bound to bring an official charge against Volha or release her by November 19.

Volha Harbunova has been engaged in providing assistance to victims of domestic violence for more than 18 years. She is the former head of the non-government organisation Radzislava which was established in 2002 in Minsk; their major goals are supporting women and children who have faced abuse; training specialists from various agencies and NGOs who work with victims, their relatives, or abusers;conducting preventive talks with young people about the inadmissibility of violence and so on.